How to Write a Great Essay for Different A-Level Subjects

In previous articles, we’ve given you lots of advice on how to write the perfect essay.

However, the skills we’ve discussed up to now have been generic, and have not taken into account the fact that different subjects require different skills when it comes to writing excellent essays for them. In this article, we look at the particular skills needed to write great essays for individual A-level subjects, so that you can familiarise yourself with what you need to do to excel in whatever A-levels you happen to be studying.

Good English literature essays revolve around intelligent interpretation. The problem many students have with this is organising their interpretations into a tightly structured essay that flows well; many simply let their ideas run wild and flit aimlessly between one point and the next. To combat this problem, you need to consider the writer’s overall aims and then show how they have conveyed those aims, paragraph by paragraph, with each paragraph devoted to a particular technique or focus. A good structure to use is as follows:

Good English essays pay close attention to detail, noting specific words, phrases and literary devices a writer has used, and to what effect. They quote liberally from the text in order to support each point, deconstructing the writing and analysing the use of language; they look at different interpretations, seeing beyond the surface and picking up on possible deeper meanings and connotations. But they also consider the meaning of the piece as a whole, and the overall effect created by the specific details noted. All this should be considered within the framework of the genre and context of the piece of writing. For instance, a poem by William Wordsworth would be considered within the context of the Romantic poets, and might be compared with work by contemporary poets such as Shelley or Keats; the historical background might also be touched upon where relevant (such as the Industrial Revolution when discussing the poetry of William Blake).

Though it’s also a humanities subject, History requires its own very particular set of skills that differ to an appreciable degree from those expected of you in English. A history essay is unequivocal about its writer’s opinion, but this opinion must be based on a solid analysis of evidence that very often can’t be taken as fact. Evidence must be discussed in terms of its reliability, or lack thereof. The good historian considers what biases may be inherent in a source, what vested interest the source might have, and what viewpoint that source was written from.
For instance, you might analyse a source by discussing whether or not the person was present at the events they are describing; how long after the events they were writing (and therefore whether they are remembering it accurately if they were there, or whether they are getting their information second or third hand from someone else; and if so, how reliable the original source is); whether they are trying to show evidence to support a particular political view; and so on. So, each time you make a point, back it up with evidence, and consider the strengths and weaknesses of that evidence. A good history essay makes connections between what’s been written about, considering how issues interrelate, so think about how what you’re writing about ties in with other things; what was the impact of the event you’re discussing, did it happen in isolation, and what were the events that led to it?

It’s vital to look at both sides of the argument – or, where many possible viewpoints exist, to acknowledge these nuances. It’s fine to contradict yourself, provided you do so consciously; that is, you can build up an argument and then turn it on its head, observing that you are doing so (for example, “So far, so compelling; but what about the less well-known evidence from such and such?”). You can use quotes from historians you’ve read, but use these in the context of discussing scholarly opinion. Don’t quote a historian’s words as evidence of something, because this is only someone’s opinion – it’s not proof. Finally, where possible, use specialist terms to show that you know your stuff (“proletariat” instead of “workers”, for example).

The primary task that lies ahead of you in writing a French essay is, of course, to demonstrate your superior language skills. Keep the content itself very even-handed, sitting on the fence rather than presenting a forceful opinion that could distract attention away from the quality of your use of French. Focus on using as wide a variety of vocabulary and tenses as you can. It will help your essay if you can learn how to say more sophisticated phrases in French, of the sort you would use if you were writing an essay in English. This useful document from RealFrench.net, Writing Essays in French, will give you numerous useful French phrases to help you put together an impressive essay, including the vocabulary you need to present a balanced argument.

Geography is a subject that crosses the divide between the sciences and the humanities, considering both physical processes and human activities (and their effects on the world around us). Essays for Geography may differ depending on which of these focuses the essay is discussing, and the evidence you might include in your essay could vary from phenomena observed and data gathered in the natural world to the results of population censuses. To write a good Geography essay, you’ll need to include both theory and detailed, real-world case studies to support your answer. Mention specific places by name, and communicate the facts accurately. Your teacher will be assessing not just your knowledge, but your ability to support what you say with relevant information that proves it. You shouldn’t just rattle off everything you know about a particular case study; you should deploy relevant facts from the case study to support a specific point you’re trying to make. Keep linking each point back to the question, so that you’re always working towards answering it; this also helps you ensure that everything you include is actually relevant to the question.
Showing that you’ve thought about an issue from multiple perspectives, and that you appreciate how they interrelate, is important in Geography. You can do this by organising the content of your essay into categories, considering different factors in turn, such as the scale of the issue, and the timeframe and environment involved. Discuss the various factors involved logically, one by one, such as the environmental impact of climate change or a natural disaster (such as a tsunami or volcanic eruption), followed by its physical, economic, social and political implications. Acknowledging the numerous nuances of the situation will demonstrate your appreciation of its complexity and show that you are thinking at a high level.

As the study of the ancient world (primarily ancient Rome and Greece), Classical Civilisations combines archaeology and history, looking both at what survives materially (from small finds, to art and sculpture, to temples) and what survives in the way of texts by ancient authors. A good essay for this subject analyses, evaluates and interprets. The historical elements of the subject will require the same set of skills we discussed for History earlier, while the archaeological components of this subject require slightly different skills.
With your archaeologist hat on, your job becomes similar to that of a detective, piecing together clues. Archaeology crosses over into science, and with that comes scientific considerations such as how archaeological evidence has been gathered – the methods used, their reliability, whether or not they could have been tampered with, how accurately they were recorded, and so on. You’ll look at a variety of different types of evidence, too, from the finds themselves to maps of the local topography. As with Geography, for which you’re required to learn lots of detailed case studies and names, you’ll need to learn plenty of examples of sites and finds to use as sources of evidence in building up a picture of the ancient world. And, as with any subject, looking at both sides of any argument is crucial to good grades. If the evidence you’re discussing could show one thing, but it could also show another, don’t just present one possibility – show that you’ve thought in depth about it and consider all the possible interpretations.

The sciences – Biology, Chemistry, Physics and Mathematics – are generally less essay-focused, so we’re grouping them together here because the essay skills required for each of these subjects are very similar. While the fundamentals of scientific essay writing are the same as any other subject – having a logical structure, well-developed argument, and so on – there are a few subject-specific considerations to bear in mind, and some common pitfalls to watch out for. The first is that there is no room for opinion in a scientific essay; unless you’re specifically asked for it, leave your own thoughts out of it and focus instead on a completely objective discussion of the evidence gathered through scientific research, which will most probably be quantitative data. Avoid vague language such as “it is thought that…”; be as precise as possible.
Start with a hypothesis, and then discuss the research that supports or disproves it. Back up every statement you make with solid data; it’s not enough simply to drop in the name of the research, so briefly describe what the findings were and why they prove the statement you’ve just made. Another mistake many students make is to confuse cause and effect; this arises because of the tendency to assume that correlation implies causation, which is a common logical fallacy. Just because two things appear to be related, it doesn’t mean that one caused the other, and committing this error in an essay is a major faux pas that will lose you marks. It’s also a good idea to ensure that you’ve included every piece of research that could be relevant; if you don’t, you could be leaving out a crucial piece of evidence. Finally, mention any limitations there may have been with the methodology used to gather the data you discuss.

Psychology essays are best approached with a scientific mindset, but it’s far more difficult to prove anything in this subject – and this should be acknowledged in your essay. The task becomes one of assessing which theory is the more probable one, based on an analysis of the data from various studies. Make liberal reference to named and dated psychological experiments and research, but acknowledge the fact that there may be more than one theory that could account for the same set of results. When these experiments are quoted as evidence, this should be done with reference to any possible limitations of how the experiment was conducted (such as a small sample size).
If you’ve reached the end of this article, you’re now equipped with the knowledge to write fantastic essays guaranteed to impress your teachers. You’re also well on the way to thinking in the right way for university-level essays, so keep working on these skills now and you’ll find it much easier to make the leap from sixth former to undergraduate. A-Levels are the ticket to your future, so it makes sense to study subjects that give you the best chance of getting a high grade.… You hear it all the time – A-Levels are a lot harder than GCSEs. While this doesn’t sound that comforting coming from your teacher or…

“Facilitating” A-Levels: Pick These Subjects if You Want A Place at a Top University

When it comes to applying for university, there’s no getting away from the fact that some A-level choices are more desirable than others for admissions… 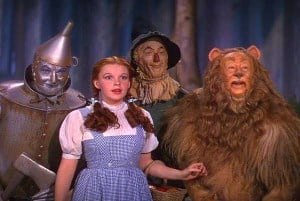