Why Is English So Hard to Learn? 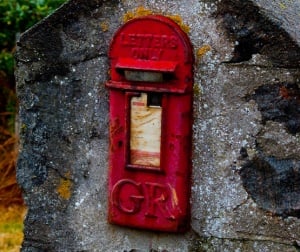 It’s often said that English is one of the hardest languages to learn. Given the fact that many of the words we use in English stem from Latin and Ancient Greek words – in common with many other European languages – what is it about English that has attracted this reputation for being so fearsomely difficult? And is it really even that difficult, when so many other countries adopt it as their second language and speak it a lot more fluently than we Brits speak other languages? We’ll leave you to make your own mind up…

It just makes no sense!

One of the reasons why English is known for being difficult is because it’s full of contradictions. There are innumerable examples of conundrums such as:

As native speakers, we rarely stop to think how illogical many of the things we say really are – we’re just used to them. Unless you’ve been brought up speaking English, how can you possibly begin to learn all these oddities? It’s little wonder that people trying to learn English end up feeling confused. But it gets worse.

One of the hardest things about English is that although there are rules, there are lots of exceptions to those rules – so just when you think you’ve got to grips with a rule, something comes along to shatter what you thought you knew by contradicting it. A good example is the rule for remembering whether a word is spelt “ie” or “ei”: “I before E except after C”. Thus “believe” and “receipt”. But this is English – it’s not as simple as that. What about “science”? Or “weird”? Or “seize”? There are loads of irregular verbs, too, such as “fought”, which is the past tense of “fight”, while the past tense of “light” is “lit”. So learning English isn’t just a question of learning the rules – it’s about learning the many exceptions to the rules. The numerous exceptions make it difficult to apply existing knowledge and use the same principle with a new word, so it’s harder to make quick progress.

The order of the words

Native English-speakers intuitively know what order to put words in, but this is hard to teach to those learning the language. The difference between the right and wrong order is so subtle that it’s hard to explain beyond simply saying that it “just sounds right”. For example, we often use more than one adjective to describe a noun, but which order should they go in? We would say “an interesting little book” not “a little interesting book”. Both are technically grammatically correct, but the first “just sounds right”. It’s a bit of a nightmare for those who are trying to learn, and it may prove one nuance too much. (In fact, there is some method to this particular English madness – but it’s quite involved, and beyond the scope of this article to explain it.)

As if the spelling wasn’t hard enough, English pronunciation is the cause of much confusion among those trying to learn English. Some words are very low on vowels, such as the word “strengths”, which is hard to say when you’re not accustomed to English pronunciation. What’s more, words that end in the same combination of letters aren’t necessarily pronounced in the same way. Why is “trough” pronounced “troff”, “rough” pronounced “ruff”, “bough” pronounced “bow” (to rhyme with cow) and “through” pronounced “throo”? There are silent letters at the start of words, too. Why are there so many words that begin with a silent “K”, such as “knife”? Or even a silent “G”, such as “gnome”? If it’s not pronounced, what’s the point of including that letter in the first place, if it only adds to the confusion of both native speakers and learners? And don’t get us started on the number of hapless tourists who don’t know where to begin with pronouncing a town name such as “Worcester”. Sadly, many English learners have to learn the hard way when it comes to our confusing pronunciation; if you pronounce something incorrectly, most Brits will demonstrate the correct way to you – but not without a little chuckle at your expense.

Confused yet? If not, you will be after this next point. English is absolutely full of homophones – words that sound the same but have different meanings or spellings. We’ve already dedicated an article to homophones, but if you don’t have time to read that, here are a few examples…

Homophones exist in the English language that has no fewer than seven different meanings – namely words that sound like ‘course’ and ‘raise’. Most have only two or three meanings – such as “there”, “their” and “they’re” – but that’s still enough to add an extra level or two of complexity for those trying to master the English language.

Flick through a thesaurus and you’ll see countless groups of words that supposedly mean the same thing. You’d think that this would mean that they were interchangeable – but you’d be wrong. Even words whose definitions are seemingly in the same ballpark differ subtly – or apply to something completely different, because English words can have multiple meanings. You can’t always swap words with the same meaning, and this means that it’s easy to end up using a word in completely the wrong way. For example, you “watch” television, and you can either “watch a film” or “see a film” – but you don’t “see television”. But you’re not a “watcher” when you’re doing this – you’re a “viewer”, even though you don’t “view television” or “view a movie”. To take another example, I could talk about a swan’s elegant neck, but I couldn’t swap the word “elegant” for the word “classic” or “chic” (both suggestions I found in the thesaurus when I looked up “elegant”) because these are words that apply to fashion, not birds! If you were learning English, though, you wouldn’t necessarily know that.

English is a very old language, and over the course of many centuries, interesting sayings have been incorporated into everyday language that make little sense if you haven’t grown up with them. “Barking up the wrong tree”, “the straw that broke the camel’s back” and “raining cats and dogs” are all examples of idioms that add colour to the English language. If you find yourself starting to use idioms when you speak English, well done: you’ve mastered it!

Though English does ‘move with the times’, there are still plenty of archaic words floating around that you may well encounter (and they may not be in your English dictionary). “Alas” (an expression of grief or pity) is one of the more common ones, but language of the sort traditionally used in the Bible is also still commonly understood, such as “Thou shalt not kill” in the Ten Commandments. This means “You will not kill” in modern lingo, but the Ten Commandments usually retain this old language. Old-fashioned words such as “apothecary” (someone who prepares medicine) and “shilling” (an old form of English currency) will crop up in historical dramas that you watch on television. You’ll also see old literary and poetic references cropping up in popular culture, such as Shakespeare’s “To be or not to be” or Burns’ “My love is like a red, red rose”.

We’d imagine that all languages have regional dialects, but when you add the bizarre pronunciations and unique additional vocabularies of the UK’s many regional dialects, they don’t exactly help the poor folk trying to learn English. It’s bad enough for us southerners to understand people from Glasgow, or even for people from Edinburgh to understand people from Glasgow. There’s a broad north/south divide in the pronunciation of certain words, a good example being “bath”, which is pronounced with a short “A” by those “up north” and a long “A” (“barth”) by those “down south”. Of course, every English-speaking country also has its own way of speaking the language; the USA, Canada, Australia, New Zealand and South Africa all have their own distinctive way of pronouncing words. Which you end up using when your native language isn’t English probably depends on whereabouts your English teacher is from, or whereabouts in the country you’re learning.

Is it really the hardest language?

As we’ve seen, then, English is pretty challenging. But it’s not the only contender for the World’s Most Difficult Language. Other notoriously tricky languages include Finnish, Russian, Japanese and Mandarin. Mandarin’s tone system, for instance, is famously tricky (but when you look at the ‘Emphasis’ section above, you’ll see that English can be just as bad!). Finnish is held to be difficult because of its numerous cases; Arabic because, among other things, its script has four different variations for each letter depending on where in the word it sits. Written Japanese differs from spoken Japanese, and there are three different writing systems – including 2,000 to 3,000 kanji characters that must be learned by heart. It makes English sound easy in comparison!

Ultimately, though, it’s down to the individual whether or not a particular language is difficult to learn. Some people have a natural aptitude for languages and pick them up quickly; children, of course, absorb new languages much more easily than adults. The difficulty of a language also depends on its similarity to your own language. You’ll probably find it easier to pick up French if you’re Italian, because these languages use many of the same roots, and the same alphabet. If you’re used to the Roman alphabet then you may struggle to learn oriental languages that rely on symbols, such as Japanese. English isn’t so bad once you get used to it, and it’s probably only commonly talked about as being hard because so many people are trying to learn it.

If you want to take your English to the next level, join us at Oxford Royale’s Learn English Summer School for a summer of turbocharging your English skills.

One response to “Why Is English So Hard to Learn?”

How to Learn English Faster: 25 Tips for EFL Learners

English can be a daunting language to learn. You should also read… 10 Reasons for Which You Should Learn English Why I Love the English…

19 Practical and Fun Ways to Improve at English Spelling

English is often cited as one of the hardest languages to learn, and one of the aspects that gives it this reputation for being tricky…

English has been described as “the language of opportunity”, and by the time you get to the end of this article, we’re pretty sure you’ll…