For many such students, each essay brings with it the challenge of making it that little bit better than the last one. The problem is that when you write essays regularly, it’s easy to get stuck in a rut of repeating the same formula each time – particularly when you already receive good feedback from the teachers who read them. So how do you take your essays to the next level and go from great to brilliant? Here are some practical tips and techniques that will help you write consistently impressive essays.

Just as the books you read subconsciously help mould your own writing style, so reading other people’s essays can help you develop and build on your own essay-writing style. Try to read a range of other essays, including those of your peers and of academics. Read essays on a wide variety of subjects, not necessarily just those that you’re studying; different disciplines might apply different kinds of arguments or styles, so the wider you read, the more possible techniques there are for you to pick up and use in essays of your own.

As you read other people’s essays, don’t just take them at face value. Be critical: what do you like about them? What don’t you like about them? How persuasive do you think they are? Is the argument a balanced one, with points adequately supported with evidence? Has the writer used any techniques you’ve not seen before?

Another good source of essays is the broadsheet newspapers. Read the opinion pieces and dissect how the writer has supported their points with evidence, and again, be critical; note where they’ve left things out to try to persuade you to a particular opinion. Essays should be balanced, so you can learn from the best of these writers and pick up some techniques to help you shape a balanced piece. 2. Build your vocabulary and use it properly

A good vocabulary will allow you to express exactly what you mean, as clearly and concisely as possible. Economy with words is a characteristic of all good essays, because readers (and essay-markers) don’t like having their time wasted with long, rambling points that could have been expressed in half the number of words.

One way of ensuring that you can communicate clearly and to the point is through accurate and effective use of advanced vocabulary. A good essay writer should never rest on their laurels when it comes to vocabulary; it’s something you should be working on continually, as there are always new words to learn that could help convey a point more effectively. What’s more, deploying a good vocabulary displays intelligence and allows you to be more persuasive in your essay-writing. Here are some ways in which you can build your vocabulary:

– Subscribe to a ‘word a day’ email (such as this one from Merriam-Webster). Create a folder in your email account for new word emails, so that you can file each email away and have them all in one place ready to flick through and learn from in an idle moment.

– Read widely, and refer to a dictionary for words you don’t know as you go along; this way, you’ll learn the new word as well as seeing it in context so you know how to use it properly. Read different genres of fiction, and non-fiction covering a range of topics, and you’ll have the added bonus of widening your general knowledge as well as your vocabulary.

– Use a thesaurus – if you find yourself using the same words over and over again, add variety to your language by looking up those words in a thesaurus and finding other words that mean the same thing. A word of warning: words you find in a thesaurus can’t always be used interchangeably; even words with similar meanings can differ subtly in a way that makes them inappropriate in certain contexts, so find examples of a word used correctly before you use a new word for the first time.

– Learn prefixes, suffixes and roots – it sounds boring, but this shortcut will help you learn a great many more words. Many roots come from Latin and Greek words, such as “bene” in Latin, meaning “good”, which gives rise to words such as “benefactor”, “benevolent” and “benefit”. It’s often possible to deduce the meaning of a new word if you know its root and read it in context. Prefixes are added to the beginning of a word to change the meaning, such as “semi” or “ante”, while suffixes are added to the end, such as “-able” or “-ance”.

– Start a vocabulary book – you probably have one if you’re learning a foreign language, so why not have one for your native language as well? Buy yourself a nice notepad and use it to collect new words and their meanings. The act of writing down the definition will help you remember it, and you could include an example of how the word is used to increase your chances of memorising it for use in essays. It may help to have different sections for words on particular themes; you could have a general section, and then further parts of the notebook could be dedicated to words of use in history essays, science essays and so on.

We’ve probably all had it hammered into us that we should write an essay plan before we start writing, but before you even do that, you need to know what the argument you’re going to make actually is. Only then can you start writing the structure for an essay that builds up to your overall conclusion. To condense what you’re trying to say into a short, snappy summary for you to work from, try making an ‘Elevator Pitch’ style summary of what you intend to write and why readers should be interested in it.

The Elevator Pitch is a technique used by salespeople when condensing the arguments for buying a product into the shortest possible summary of why a customer should consider a purchase. The salesperson is told to imagine themselves in a lift; in the time it takes for that lift to reach the desired floor, they should have given a compelling argument in favour of that product that would result in the customer buying it, or at least wanting to know more. Your Elevator Pitch for your essay should sell the idea of it to a reader, leaving them wanting to read the essay in question. This is quite a tough exercise, as it forces you to be ruthlessly concise in your thinking and choice of words; but you can use this summary to help you write your introduction, and it’ll help you achieve clarity in what you’re trying to say.

4. Tell the reader what other people say

We’ve mentioned this on a previous article on essay writing, but it seems pertinent to mention it here too. Essays are a chance for you to show off how widely read you are, so make sure you quote other people’s opinions, and original sources, on what you’re writing about. For example, if you were to write a history essay on early religious practices in Britain, you could quote original texts on that topic (such as Bede’s Ecclesiastical History of the English People) and also mention what a range of modern scholars have to say about the topic. Contrasting views should be sought; it’s unlikely that everyone agrees on the topic, so show you’ve looked at all the possible angles.

For each of the subjects you’re studying, start a page in a notebook for important people in that field, with a summary of when they lived and what their views are. That way, you’ll have something to refer to when you’re writing an essay and want to consult appropriate scholars or other writers whose opinions you might wish to include.

Don’t quote too much; mix citations with your own opinions so that it doesn’t look as though you have to hide behind other people’s words. It’s fine to disagree with a scholar you quote, provided you can give evidence and reasoning for doing so. This shows that you have thought about it and made your own mind up, rather than blindly accepting what that scholar has said; this demonstrates strong critical reasoning skills, one of the hallmarks of brilliant students.

5. Syntax, punctuation and tone of voice

You may not consciously realise it when you’re reading, but sophisticated sentence structures make the world of difference to how intelligent you sound. As we’ve already said, the most important consideration when you’re writing is making yourself easy for readers to understand; but you can still do this and utilise a range of interesting syntax at the same time. Employ a variety of sentence structures, long and short, but don’t let your sentences become too long and rambling, or they become difficult to read. Effective punctuation is vital in conveying your arguments persuasively; the last thing a teacher or lecturer wants to read is an essay riddled with poor grammar. What’s more, the reader shouldn’t have to read a sentence more than once to understand it.

You probably already have a tone of voice you use for writing essays, but is it interesting and engaging? Read through some of your old essays and ask yourself honestly whether you find them absorbing. If they’re not, it could well be because you’ve not established the right tone of voice. Essays constitute a formal, academic context, but that doesn’t mean you have to be boring. A confident tone of voice will help show the reader that you know what you’re talking about and reassure them that they’re in safe hands.

Writing in the active rather than the passive voice is a well-known trick of the trade that writers use to give their writing a sense of immediacy and make it more compelling; you too can deploy this technique in your essays by steering clear of the passive voice (for example, rather than writing “Much work is being done to…”, say “Scholars are putting a great deal of effort into…”). Over the course of an entire essay, you’d be surprised what a difference this makes to your tone.

We hope you’ve found these tips and techniques useful and that they help you take your essay-writing to new heights. If you have any tips you’d like to share with us, do let us know by leaving a comment below! 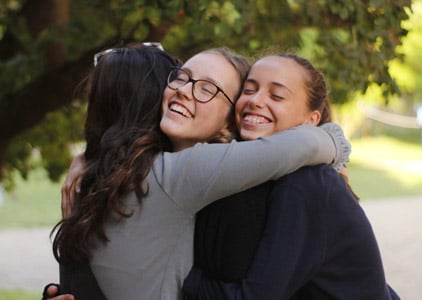