13 Essential Editing Tips to Use in Your Essay Writing 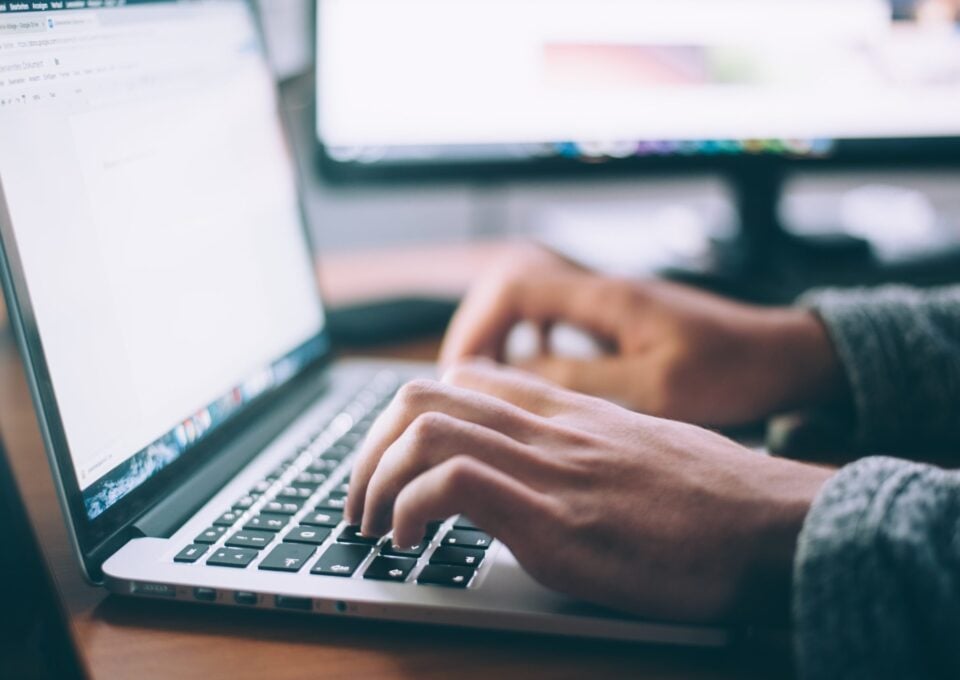 The good student strives constantly to achieve a better essay each time they write one.

It can be a challenge to find ways to keep improving, but one way of making your essays instantly better is effective editing. Editing your essay before you submit it could mean the difference between a good grade and a brilliant one, so it’s worth taking fifteen minutes or so before you send it off just checking through it to make sure that the structure and wording is as good as it can be. In this article, we give you some tips to think about when you’re editing your own writing. Keep these tips alongside you to use as a checklist and you can’t go far wrong!

1. Start by getting the structure right

If you have time, try to leave a bit of time between finishing your essay and starting the editing process. This gives you time to approach it feeling reasonably fresh; if you edit immediately after spending a long time on something, you might find that you’re so close to it that you’re unable to spot errors. When you do sit down to look through it, start by looking at its structure. Think about the overarching shape of the argument you’re developing and check that the points you’ve made help build your essay towards a logical conclusion. You may have written an essay with the points in order of when they occurred to you, but is this really the most sensible order? Does one point follow logically on from the other? Would it make the essay more interesting to include a certain point near the beginning to tease the reader, or are you revealing too much in the opening, meaning it would be better to move some points nearer the end? These are just a few of the ways in which it might be possible to improve the structure, so it helps to keep in mind your overall argument and ensure your structure puts it across as effectively as possible.
With word processors now the primary means of writing essays, it couldn’t be easier to rearrange paragraphs into a more logical structure by dragging and dropping or cutting and pasting paragraphs. If you do this, don’t forget to reread the essay to ensure that the wording works with this new order, otherwise you may end up with a sentence leading into the wrong paragraph.

Whether you’ve exceeded your word count or not, long sentences and paragraphs should be edited because they can be trickier to read, and risk being boring or hard to follow. Try, therefore, to keep sentences to a maximum of two or three clauses (or segments). Avoid long paragraphs by starting a new one if you find one getting longer than three or four sentences: a wall of text can be off-putting to the reader. Leave a space between paragraphs if you’re typing your essay, as we’re doing in this article.
Another way of keeping sentences to a reasonable length is to go through what you’ve written and tighten up the wording. If you find yourself writing long sentences, try to look for ways in which you can reword them to express what you’re trying to say more concisely. You’ll probably find numerous instances of phrases that take many words to say what could be said in two or three.

It’s going to look obvious if you’ve had a thesaurus next to you while writing, just so that you can replace all the simple words with more complicated ones. The thing is, it doesn’t always make you look intelligent; you may, for instance, inadvertently choose the wrong synonym, not realising that even close synonyms can have subtly different meanings or connotations. Sometimes using big words where simple ones would suffice can seem contrived and pompous; aim for clear, concise language to avoid being verbose or pretentious. That’s not to say you shouldn’t use more complex words at all – just choose the situation carefully and don’t overdo it.

4. Watch for repetition of ideas and words

It’s easy to repeat yourself without realising it when you’re writing, but the editing process is there to enable you to spot this before your teacher or lecturer sees it. As you read through your essay, keep a look out for ideas you’ve repeated and delete whichever repetitions add nothing to your essay (don’t forget that the first instance of the idea may not be the most appropriate place for it, so consider which is the best moment to introduce it and delete the other mentions). On a related note, look out for instances in which you’ve laboured the point. Going on about a particular point for too long can actually undermine the strength of your argument, because it makes you look as though you’re desperately grappling to find supporting facts; sometimes a simple, clear statement with a brief piece of evidence to back it up is all that’s needed.
You should be equally wary of repetition of words within the same sentence or paragraph. It’s fine to repeat common words such as “the”, obviously, but it’s best to avoid using the same connecting words, such as “also”, more than once in the same paragraph. Rephrase using alternative expressions, such as “what’s more”. More unusual words should be used just once per paragraph – words such as “unavoidable”, for example – unless it’s for emphasis.

5. Don’t rely on the spellcheck

It’s a tip we’ve told you before, but it’s worth repeating because it’s very important! The spellcheck will not pick up every single error in your essay. It may highlight some typos and misspellings, but it won’t tell you if you’ve inadvertently used the wrong word altogether. For example, you may have meant to write the word “from”, but accidentally mistyped it as “form” – which is still a word, so the spellchecker won’t register it. But it’s not the word you meant to write.

It’s said that if you read through your work backwards, you’re more likely to spot typos. This is probably because it’s giving you a new perspective on what you’ve written, making it easier to spot glaring errors than if you read through it in the order in which you wrote it and in which you know what to expect. So, start with the last sentence and keep going in reverse order until you get to the beginning of your essay. Another tip is to print out your essay and take a red pen to it, circling or underlining all the errors and then correcting them on the computer later. It’s often easier to read a document from a printed version, and it also means that you can follow what you’re doing by touching each word with the end of your pencil to make sure you’re not skimming over any errors.

Without even realising it, you’ve probably used plenty of unnecessary words in your writing – words that add to the word count without adding to the meaning – and you’ll find that your writing works just as well without them. An example is the word “very”, which almost always adds nothing to what you’re trying to say. As Mark Twain said, “Substitute ‘damn’ every time you’re inclined to write ‘very’; your editor will delete it and the writing will be just as it should be”.
Weasel words are worse, as they are used to hide weak or objectionable arguments. A study of Wikipedia found that these tend to fall into three different categories: numerical vagueness (such as “many people say” without specifying who these people are), the use of the passive voice to distance the writer from what they’re saying (“it is often said”, for example, without saying by whom it is often said), and the use of adverbs designed to soften a point (such as “probably”). Look out for these in your own writing and rephrase to remove them; they are disingenuous and your essay will be stronger without them.

A tautology is a stylistic error involving redundant words, in this case the use of two consecutive words that mean the same thing, such as “the big giant” (referring simply to a “giant” would have been sufficient to convey the meaning). Students often use them when they’re trying to make their writing wordier, not realising that they simply make their writing worse.

People tend either to put too many commas into a sentence, or too few. Too many, and the sentence sounds broken and odd; too few, and the reader has to read the sentence several times to figure out what you’re trying to say, because it comes out in a long, jumbled mess. The secret is to put commas in where you would naturally pause when speaking aloud. If it helps, try reading your writing aloud to see if it flows. Where you would pause for slightly longer, a semi-colon might be more appropriate than a comma. Use a semi-colon to connect two independent clauses that would work as two separate sentences.

Some words have more than one correct spelling, and the important thing is to be consistent with which one you use. You could, if you wanted to make your life a little easier, delve into the settings on your word processor and manipulate the spellcheck so that it highlights the version you decided against – or even autocorrects to the right version. If you’re writing in the UK, ensure that your word processor’s default language is set to UK English so that you don’t end up inadvertently correcting English spellings to US ones (“colour” to “color”, for example).

11. Get rid of exclamation marks and ellipses

In virtually every case, you don’t need to use an exclamation mark, and – at least in academic writing – your use of one may result in your writing not being taken quite so seriously. Only use them in exceptional circumstances when you really want to convey a feeling of surprise or outrage. Ellipses (“…”) should also be avoided except when you’re indicating the truncation of a quote from another writer (that is, where you left a bit out).

Quotations from authors or academic writers should be attributed to them. As you read through your essay, keep a look out for any quotations you’ve mentioned and make sure that you say where they’re from. If you’re writing an essay for university, a footnote would be an appropriate way of citing another writer. If you are using footnotes, this gives an extra area on which to focus your editing skills; ensure that all footnotes are consistently formatted, and don’t forget to put a bibliography containing all the books you’ve used at the end.

The appearance of your essay matters, too – and the formatting should not be neglected when you’re in editing mode. This means being consistent with your use of fonts, using italics or underline for emphasis rather than using them interchangeably, ensuring that the spacing between lines is consistent throughout, and other such minor aesthetic points. This may not sound very important, but consistent formatting helps your essay look professional; if you’ve used different fonts or line spacing or anything like that, your essay will look a mess even if what you’ve said in it is good. You could make use of the pre-populated formatting options in your word processor to ensure consistency throughout, with header 1 for the title, header 2 for subheadings and ‘normal text’ for the body of the document.
If you find that there are too many things on this list to think about in one go when you’re reading through your essay, you could read through it several times looking out for different things each time. All this may seem a lot to think about when you’ve already put in so much effort to write the essay in the first place, but trust us: it will pay off with a sleek and polished piece.